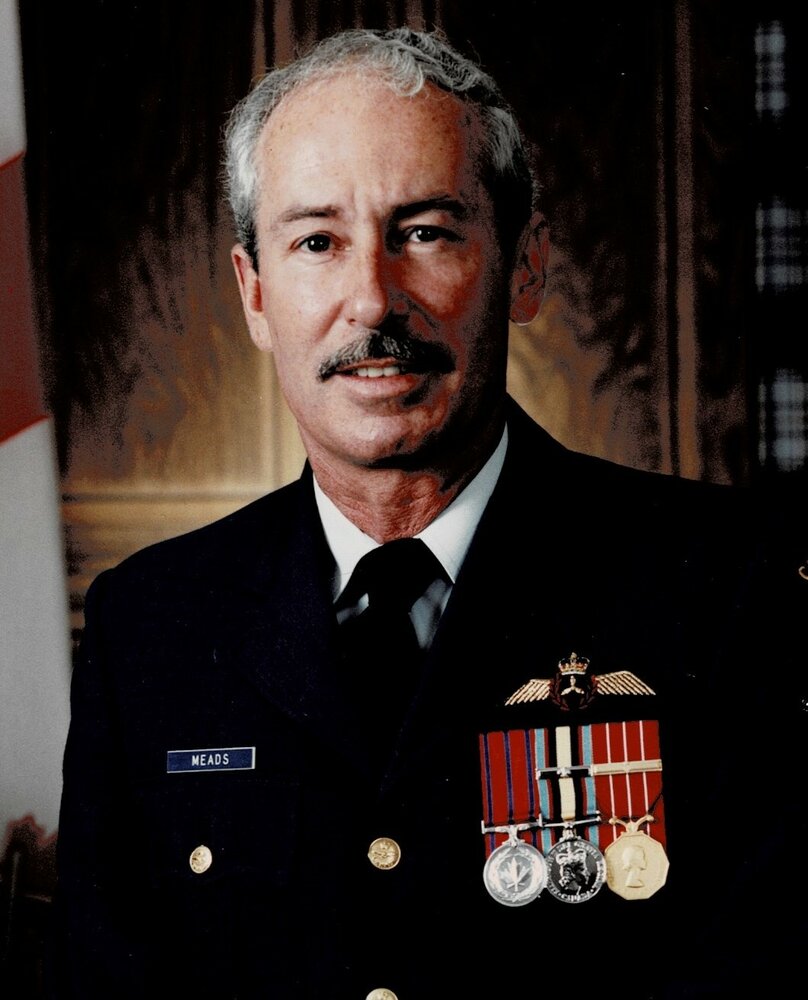 MEADS, John Robert "Bob" passed peacefully on Thursday July 21, 2022 at Norfolk General Hospital in his 75th year. Best friend and husband of Valerie (nee Campbell) of 39 years. Dear father of Kelly (Tom), Kirk and also remembered by their mother Jeannette. Loving grandfather of Hannah, Hayden and Katlyne. Sadly missed by twin sisters Bonnie (Don) and Brenda. Predeceased by his parents William and Elizabeth (both veterans of WWII), and brother Bill and his wife Daphne. Bob joined the military in 1966 and served in the RCN (Naval/Air) on the HMCS Bonaventure in Shearwater NS. Later serving as a Flight Engineer on search and rescue helicopters RCAF in Comox BC and Summerside PEI. In 1977 Bob received a Medal of Bravery for rescuing a woman off a bridge in Halifax. From 1983 to 1995 he was a flight engineer on a C130 Hercules aircraft in Edmonton, Trenton and Winnipeg serving his country on transport missions for UN relief and the Gulf War (Desert Storm). Bob was very athletic and enjoyed playing sports in the military mostly as a goaltender on base hockey teams until 2000 when he was diagnosed with rheumatoid arthritis. A visitation will be held in memory of Bob on Wednesday August 3, 2022 at 1pm to 2:30 pm followed by a Legion Service at 2:30 pm, at THOMPSON WATERS FUNERAL HOME 102 First Ave Port Dover 519-583-1530. A special thank you to NGH emergency doctors, nurses, ICU nurses, also doctors Kennedy, Hynscht and Cividino for their exceptional care, compassion and guidance. For those wishing, donations to the Arthritis Society or the Royal Canadian Legion Branch #158 Poppy Fund would be appreciated. Online donations and or condolences can be made at www.thompsonwatersfuneralhome.ca

Share Your Memory of
John Robert
Upload Your Memory View All Memories
Be the first to upload a memory!
Share A Memory